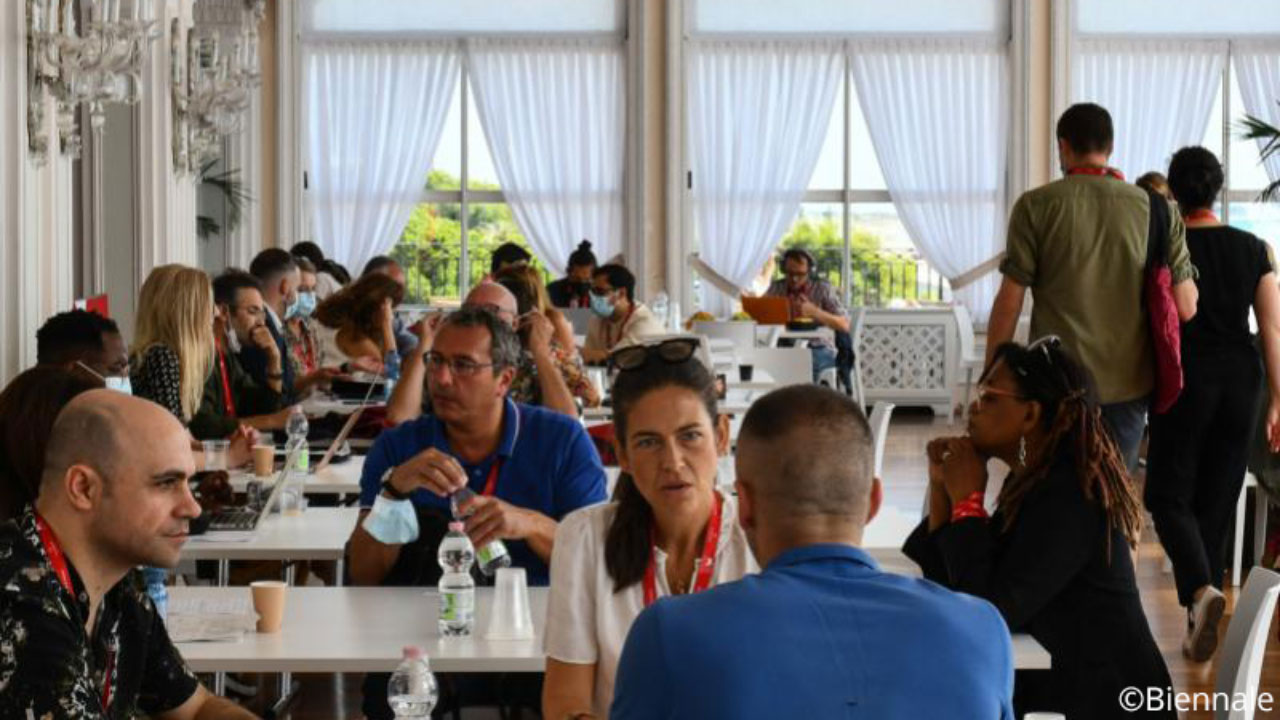 Moderated by Cristiano de Florentis, founder of the Toronto-based Italian Contemporary Film Festival, and Paul Golini, artistic director and producer-chairman of the same festival, the overall aim of the event was to strengthen cooperation between Canada and Italy, as well as to explicit for the many festival attendees the incredible possibilities hidden in these two industries.

The event started with a short clip illustrating some of the festival’s activities, as the drive-in cinema born during the pandemic and the awards ceremony, and then went on with the speakers mentioning ICFF‘s side event Lavazza IncluCity Festival that took place in June and July and focused on celebrating multiculturalism in movies.

The host, Paul Golini, took the floor to thank Telefilm Canada for the constant support shown to the ICFF and then proceeded to invite Telefilm Canada representative Danielle Bélanger on stage.

During her speech she briefly talked about Graham Foy ” The Maiden”, Salomé Villeneuve “III” and three Canadian works that are taking part in Venice Immersive, all testimonies of the country presence at the festival.

ANICA’s Roberto Stabile after applauding how the Venice Production Bridge is fundamentally fostering new partnerships between industry specialists, institutions and private backers, disclosed ANICA‘s plan of hosting a delegation of entrepreneurs who could be interested in investing in Italian titles, as well as its commitment in promoting the Italian territory in the movie industry.

Next, De Florentis decided to give us some spoilers about the next festival edition which will apparently host two entire industry days dedicated to co-productions and will also focus more on joint animated projects.

Actor Marco Leonardi, instead, in his speech, talked about “From the Wine” by Sean Cisterna, which was shot in Canada and in the Basilicata region.

Producer Andrea Iervolino appeared in a short video to reveal his recent election as president of ICFF and also added his appeal to authorities to keep this collaboration between Canada and Italy in place.

After his speech producers Peter Gentile, Robert MacLean and Angela Prudenzi, organiser of the Women in Cinema Award, also said a few words.

Concluding the event, the presentation of a special award to Lina Siciliano for her performance in Francesco Costabile’s drama Una Femmina – The Code of Silence, which premiered at the Berlinale in February.