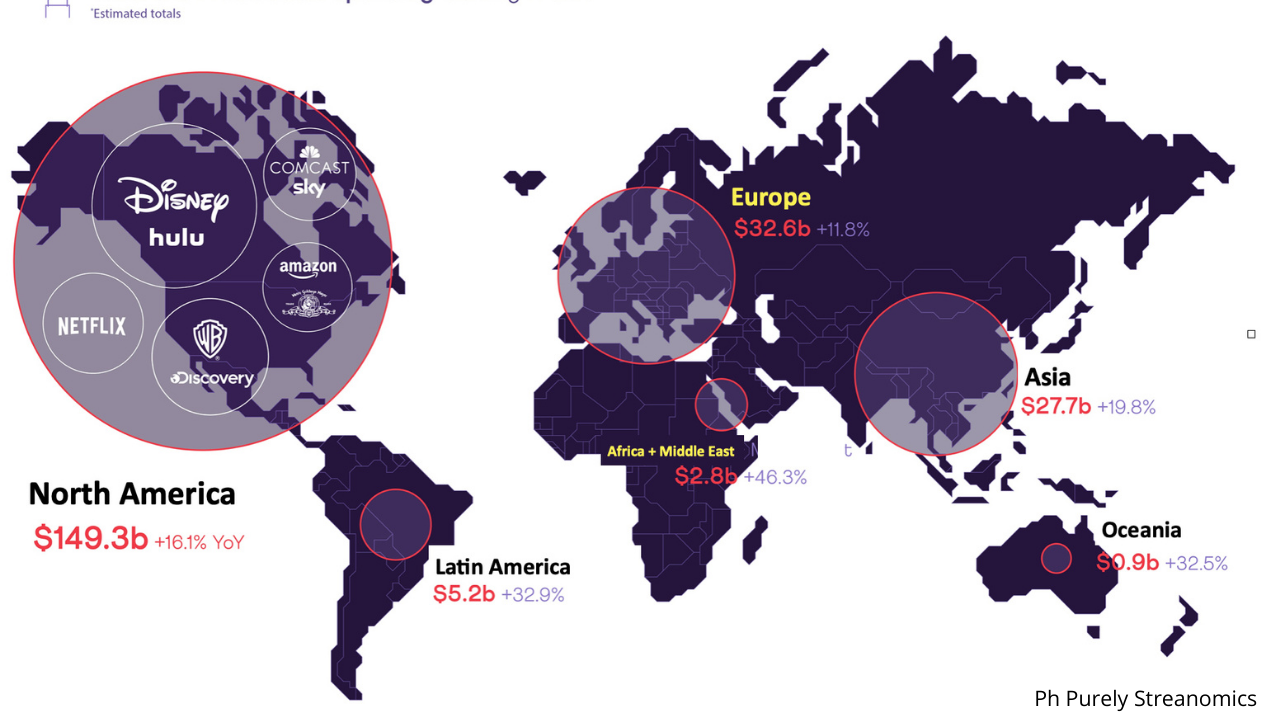 Recent data show that in 2020 there has been a high demand for streaming services (OTT) for home entertainment, resulting in a total purchase of as much as 220 billion dollars.

A report published by Purely Streanomics, “An Industry Transformed”, shows that the demand for home entertainment has highly increased, with some staggering numbers. According to the British research company, 2020 was a year of great transformation for the film and television industry. This growth, estimated at 26% over 2019, seems set to continue for the foreseeable future and even more, given the recent wave of mergers between media companies.

As new platforms emerge and audience demand grows, spending on content production also continues to increase. It is estimated that $220.2 billion has been spent on acquiring and producing new feature films and television programmes in 2020. From the report we can see that at the top of the charts is set the giant Disney with an expenditure of 28.6 billion dollars, while in second and third place we find respectively Warner Bros/ Discovery and Netflix with 20.8 and 15.1 billion, followed by: Amazon/ MGM (11.8 billion), Fox (11.3 billion) and Comcast (9.0 billion).

A trend worth noting is a growing expenditure, especially, for independent films; whose expenditure amounts to more than half of the total 220 million, with a growth of +25% compared to previous years which will continue to grow in the following years.