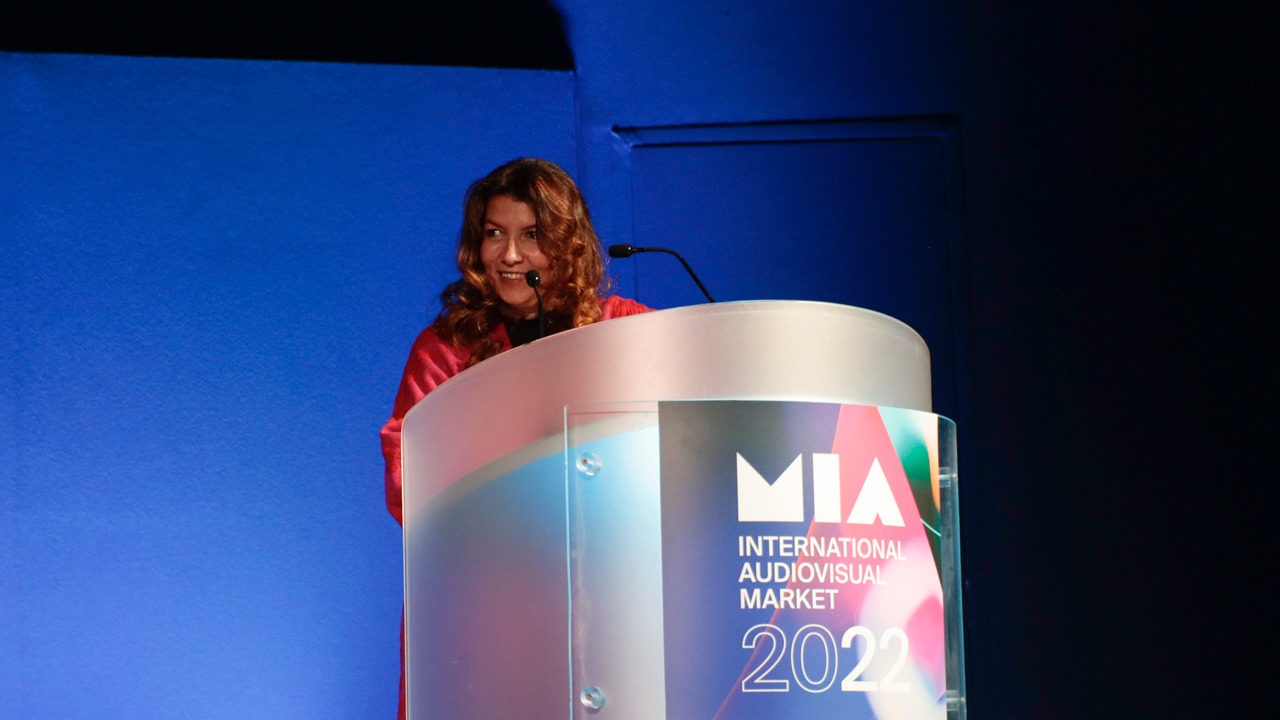 On the 15th of October the 8th edition of MIA | International Audiovisual Market, which took place from the 11th to 15th of October 2022 in Rome at Cinema Barberini and Palazzo Barberini, came to an end.

The Market, directed by Gaia Tridente, showcased 70 panels, to which took part registered participants from as many as 60 countries all over the world, reconfirming itself as a unique opportunity, especially for Italian industry players who could, through this occasion, meet new international partners, promote the circulation of new projects and start interesting co-productions.

In particular, during its last day, the MIA Awards 2022 were handed out to the winners.

In the context of the Co-Production & Pitching Forums:

The ARTEKINO International Award – created to support directors and producers of emerging films from all over the world – was given to Forastera by Lucia Alenar Iglesias, produced by Lastor Media (Spain).

The two ILBE Awards – meant to support projects presented during MIA Film Co-Production & Pitching Forum and in the Wanna Taste IT? section, dedicated to Italian film projects in development – went respectively to Through the winter by Anita Rivaroli, produced by Indiana Production, and to Brianza by Simone Catania, produced by Indyca and Rough Cat.

The Paramount+ Award – granted to the best project presented during MIA Drama Pitching Forum – was given to The Abbess, produced by Peter Carlton of Warp Films.

The WIFTMI Prize – awarded by Women in Film, Television and Media Italia to an Italian project selected among the ones presented during Animation, Drama and Film Co-Production & Pitching Forums which offers a more inclusive and diverse representation not only for what concerns gender representation – was given to Cosplay Girl by Massimo Bacchini, Eleonora Cimpanelli and Giulio Rizzo, based on the novel of the same name by Valentino Notari and produced by Rodeo Drive.

The Lazio Frames Award – assigned to a project that could valorize the Lazio Region’s territory, shown during What’s Next Italy, GREENlit and Italians Doc It Better – went to The Breath of the Mountain, an animated film by Lorenzo Latrofa, produced by La Sarraz Pictures.

Lastly, in the context of the Hosted Sessions:

La Bottega della Sceneggiatura Awards – created by Premio Solinas and Netflix to help and foster a new generation of TV series authors in Italy – went to Il peso del mondo, by Jacopo Cazzaniga, which won the first place, and to Le figlie di Roma, by Federica Baggio and Anna Francesca Leccia, which won the second place. Special Mention to Galena by Marco Panichella.