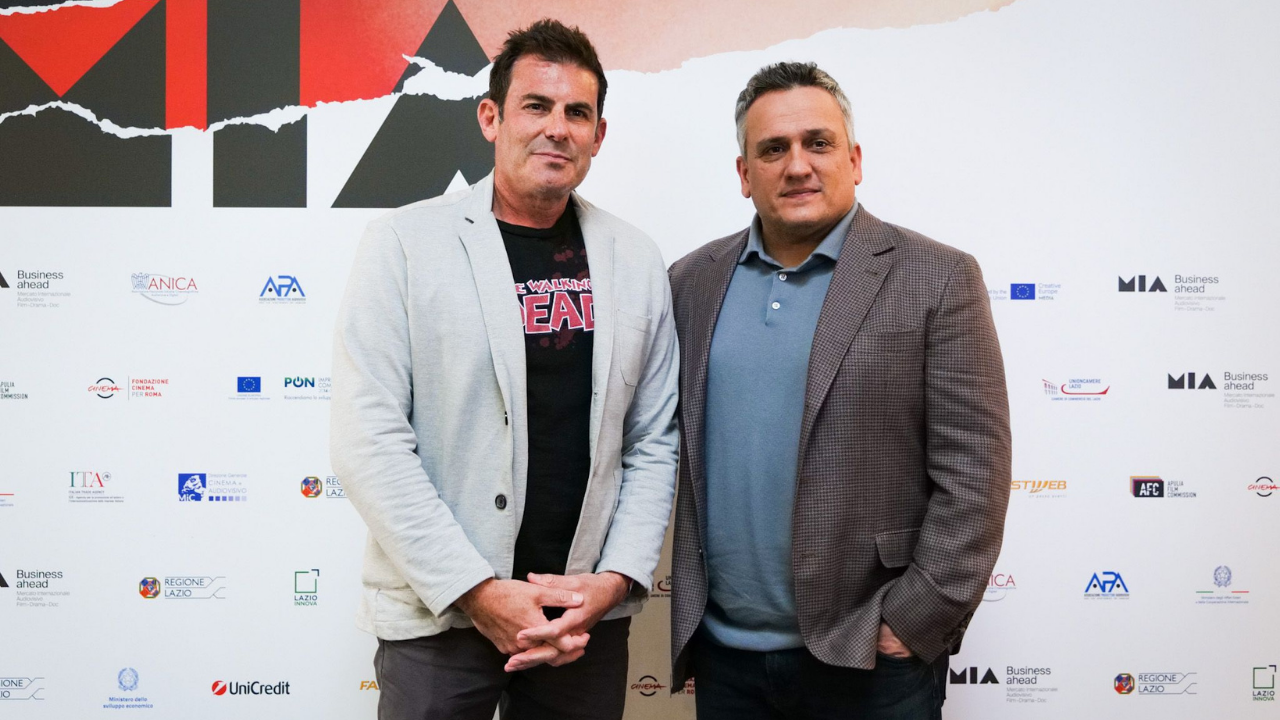 Special guest and protagonist of the seventh edition of the MIA is the director and co-chairman of AGBO, Joe Russo. Personality known to the general public for having directed films of worldwide success such as the house Marvel movies, including Avengers: Endgame and Avengers: Infinity War.

It was held today, October 14, 2021 at the MIA Mercato Internazionale Audiovisivo in the setting of the Space Cinema Moderno the opening keynote “In Conversation with AGBO’s Co-Chairman, Joe Russo”, with the extraordinary participation of Joe Russo, the Co-Chairman of AGBO, the production company founded with his brother Anthony Russo and director of some of the most famous films of the Marvel Cinematic Universe.

Sean Furst, President of TV and Film for Skybound Entertainment, interviewed Joe Russo, focusing on the successes achieved during his career, on which goals the Russo Brothers pursue in the film industry and how the audiovisual market has been transformed in recent times.

During his speech, Joe Russo talked about the path of the Russo Brothers, from the beginning to the current triumphs, achieved mainly thanks to the Marvel Movies. The director and producer then stressed how essential it is to gain experience and acquire methods in the field and how the true essence of the film is represented by the story told.

Joe Russo also focused on film production, and in particular on the crucial role of valorization and promotion of local talents, also because the audience appreciates regional content.

The meeting concluded with a focus on distribution: the advent of digital, according to Joe Russo, has changed the way of enjoying and making entertainment, creating new access methods and new content. Without digital innovation during the last two years it would have been difficult to enjoy film products. In addition, the costs for the audience are much lower, which brings the number of users of online entertainment very high.