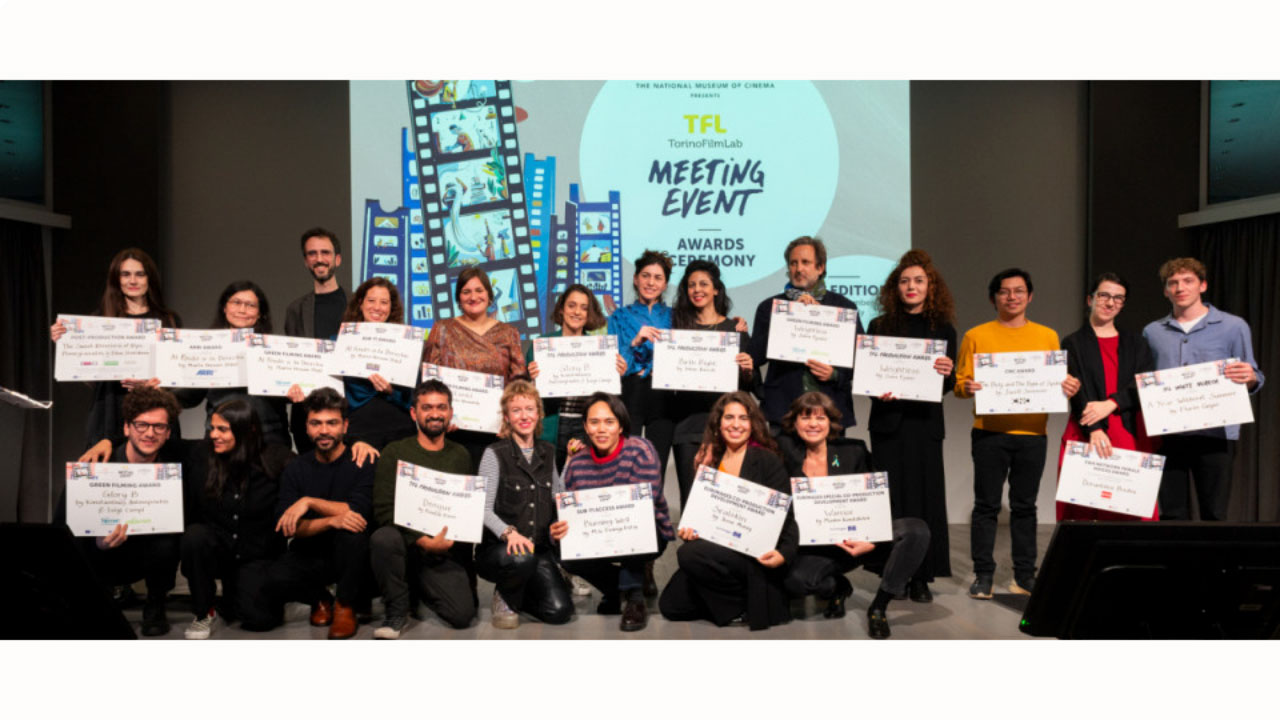 On Saturday, Nov. 26, the 15th TorinoFilmLab Meeting Event concluded with the awarding of numerous prizes to encourage co-productions and develop a sustainable attitude in filmmaking.

Organized by the Museo Nazionale del Cinema, the film co-production market each November closes the cycle of TorinoFilmLab’s annual training and development tracks. Presentations of the 30 feature film projects were held in two sections before an audience of 260 industry professionals and 630 meetings between authors, directors, and producers with 140 potential co-producers and partners with whom to start collaborations.

The international jury of this 15th edition decided to award 4 production prizes – totaling 160,000 euros – to the following FeatureLab projects:

The TFL White Mirror Award created to support the development of a ScriptLab project dealing with environmental issues with an award of 3,000 euros goes to Flurin Giger’s (writer and director – Switzerland) debut feature A Year Without Summer.

The Green Filming Awards, for four FeatureLab projects awarded 4,000 euros each for the development of a sustainable production plan in collaboration with Trentino Film Commission, went to:

Lastly, the TFL Meeting Event was also the occasion to officially award the TFL Co-Production Fund 2022 – €50,000 thanks to the support of Creative Europe – MEDIA Program of the European Union – to VIET E NAM by Minh Quý Trương.