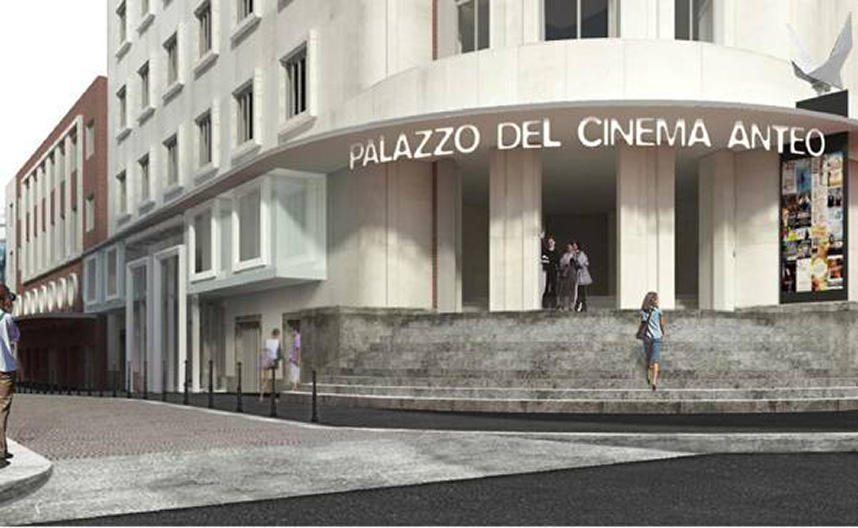 It took an investment of five millions and almost eight months of construction work to complete the renovation of Anteo as the Palazzo del Cinema di Milano.
The inauguration, set for the 8th of September at 5pm, will offer a 2.5 euros entry to every screening and will also see the participation of mayor Beppe Sala for the ribbon-cutting.
The new six stories building will be open for longer hours, from 10am to 1am, and will offer ten state-of-the-art screening rooms and a place open to the public who is not paying a ticket such as bookshops and free open space tables for working or studying. The expanded restaurant will offer outdoor space and there will be a new brewery and a literary coffee house managed jointly with Eataly. It will also be inaugurated a new screening room where it will be possible to stop for breakfast, lunch and dinner while watching a movie.
Anteo’s manager Lionello Cerri believes that calling it a multiplex would be limiting, as there have been added not only more seats but many opportunities too. In fact the new program will introduce cultural meetings and classes in addition to concerts, operas and theatre plays. As for children, there will be play areas monitored by teachers to leave the little ones at while going to see a movie, and short cinema, editing and photography lessons for the adults.
There will also be a room planned for on demand cinema, offering any requested movies and rentable for parties and private projections.
One thing that will not change will be the quality programming, with original language screenings and proposals from new movie directors.
The Anteo theatre is therefore being reinvented as a common space and is at the same time paying homage to tradition by having its own screening rooms named after the historical theatres of Milan who closed in recent years.