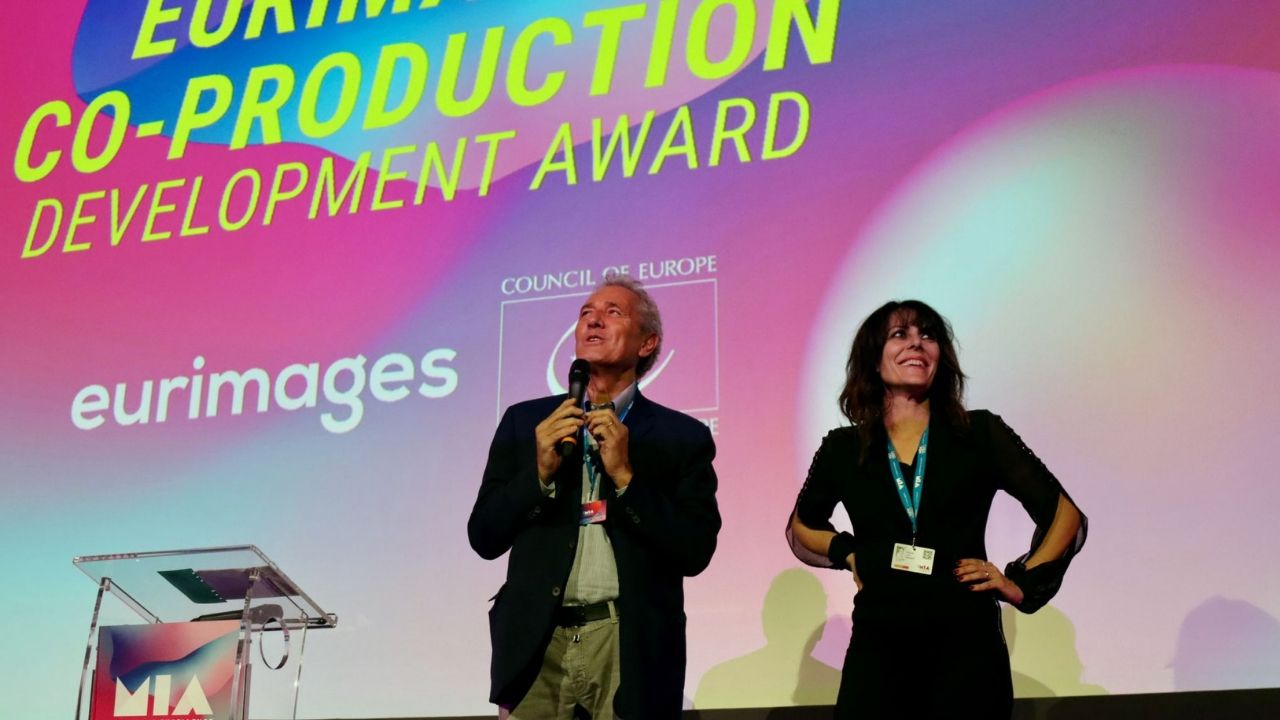 The fifth edition of MIA | International Audiovisual Market came to an end with unprecedented success and strong support from the over 2,500 operators who participated. On Sunday, October 20th, two awards were presented during the closing ceremony by two of MIA’s main partners: Eurimages and National Geographic.

Recognizing Rome’s as one of the most successful European co-production markets, Eurimages, the European Fund of the Council of Europe – entrusted the jury of 2019, composed of Fiorella Moretti, Ewa Puszczynska and Tobias Pausinger, with the task of selecting the winner of the Eurimages Co-Production Development Award: a cash prize of 20,000 euro for the development of the project that most specifically reflects the criteria of collaboration and co-production that inspire Eurimages.

The award has been handed out by Susan Newman, Eurimages’ Project Manager, during MIA’s closing award ceremony that took place on Sunday, October 20th, at the Multiplex Quattro Fontane. The Jury awarded the Eurimages Co-Production Development Award to TRIUMPH by Kristina Grozeva and Petar Valchanov produced by Abraxas Film, with the following motivation: The Jury was impressed by this highly original story with real contemporary relevance. The events which will be related seem hardly credible, but are absolutely true. Absurd but tragic, the finished film will certainly have a lot to say about some of contemporary society’s most evident failures.

National Geographic returned to sponsor the Best Pitch Award, confirming MIA I DOC’s vocation to find projects that combine both artistic and production qualities with significant commercial opportunities. The winner of 2019 was The Secret Diaries of the Pope (The Vatican Secret Archives Of The WWII) docu-event by Simona Ercolani and Cosetta Lagani, produced by Stand by Me along with Vatican Media. The project of great international appeal is born from the historical decision by Pope Francis: on March 2020, the Vatican’s secret documents on WWII will be made public, revealing more than 16.000.000 files that were secret until now. On the occasion of the 75th anniversary of the end of WWII, these documents will reveal, for the first time, the true position of the Church and particularly Pio’s XII papacy regarding the Holocaust and Nazism, through evidence provided by these previously unrevealed documents, exclusive images, and testimonies.

The eighth edition of the Carlo Bixio Award was also handed out during the ceremony. The purpose of the initiative — hosted by MIA for the third time — is to commemorate the great and forward-thinking producer while also encouraging young TV series scriptwriters between 18 and 30 years of age. As is now tradition, Rai and Mediaset delivered the Award, while RTI awarded 5.000 euros for the best concept and 10,000 euros for the best script, along with the possibility of signing a contract for the production of the winning texts.

The SIAE “Idea D’Autore” award also granted a cash prize of 3,000 euros to the most original writing idea. Recognition goes out to SIAE – Società Italiana degli Autori ed Editori, sponsor of the Award, to APA, who has organized the event from its first edition, the promotion committee (Eleonora Andreatta/Director of RaiFiction, Francesco Nardella/Vice Director RaiFiction, Daniele Cesarano/ Director of Fiction Mediaset, Giancarlo Scheri/Director Canale5 and Chiara Sbarigia/ General Director of APA), the juries (Francesca Galiani for RTI, Leonardo Ferrara for RAI, Ivan Cotroneo, Graziano Diana, Francesco Vicario and Monica Rametta), that together with Gabriella Campennì Bixio, president of the Award, have selected the most deserving works.

These are the three winners:

INGANNAMORTE & FIGLI (Ingannamorte & Sons), by Vincenzo Cascone, Eleonora Galasso, Lorenzo Ongaro won the Carlo Bixio Award for the best script, based on the originality of its proposal and its sarcastic and ironic approach to difficult and uncomfortable subjects. A comedy set in the Vesuvian territory where two families of mobsters and undertakers wage war on each other, the film — thanks to its brilliant writing — achieves moments of fabulous black humor and laughter.

FIELE, by Dario Ascolese, was granted the Carlo Bixio Award for the best concept: in a violent and contemporary Naples, we follow the dramatic and novelesque path of the protagonist — a soul divided in two between rehabilitation and crime.

IN TRAP, by Elia Andreotti and Luigi Cervellati won the SIAE Prize – Author’s Idea for Originality, by staging music and the Trap environment as an element of growth and education, in a potentially out-of-the-box teen story.

The Carlo Bixio Award has had the honor of receiving, again this year, the medal of the President of the Repubblica, an important recognition for those who listen to the voice of the younger generations.

The Lazio Region once again granted the Lazio Frames Award to the title that best utilizes the region’s territory, this time to one of the titles present in the What’s Next Italy, Greenlit and Italians Doc It Better sections. Its content, productive impact, possibilities for international developments and the involvement of local resources had to represent Lazio’s production potential, highlighting the talents and locations of the region. The winner was No Filters. The unconventional Cinema of Claudio Caligari, by Simone Isola and Claudio Trombetta. 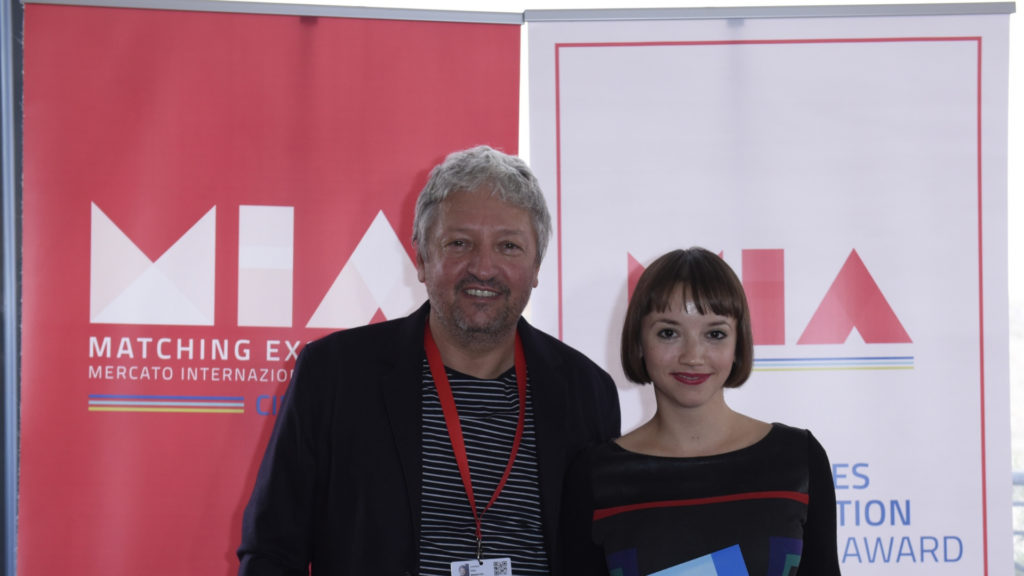