MIA 2021: The highlights of the fourth day 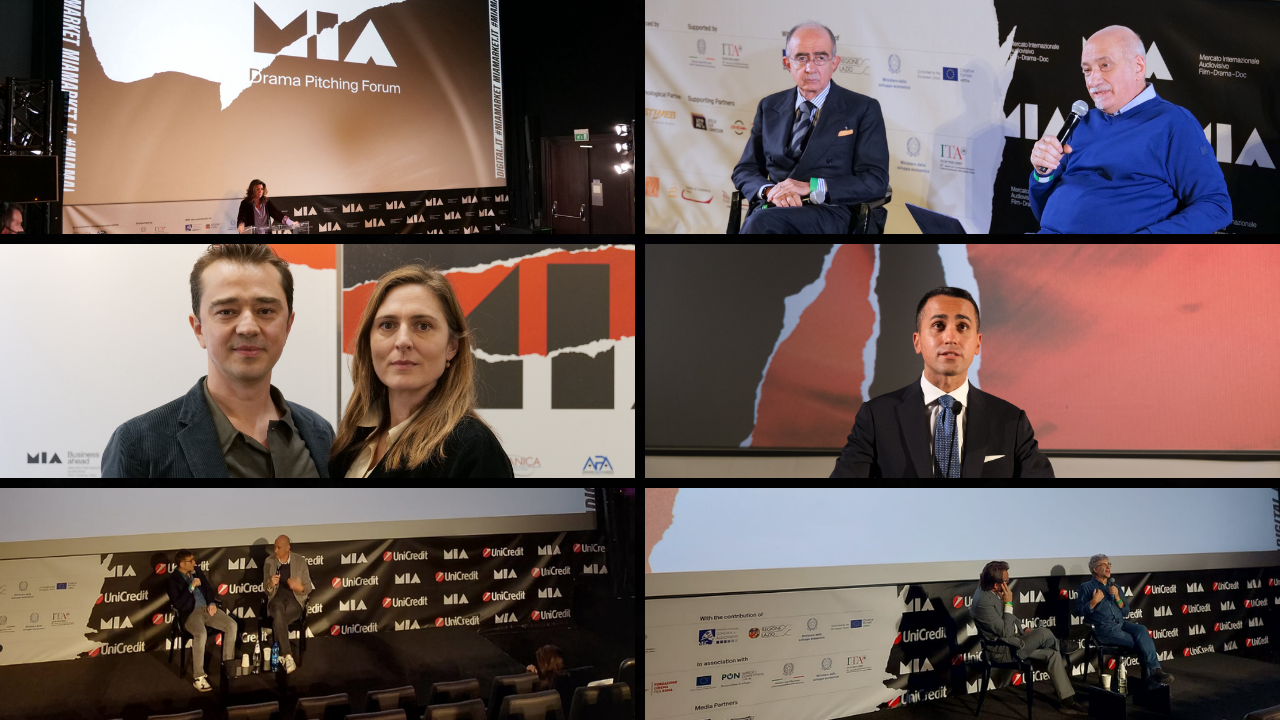 Special guest for the Scripted session has been the screenwriter and producer Alon Aranya, who took part in the keynote at him dedicated “In Conversation with Alon Aranya”, in which he highlight the key moments of his career . The producer has discussed about his numerous successes, among stands out the tv serie “Your Honor” of which he is Executive Producer together with Bryan Cranston. He also discussed about the nature of his own production company Paper Plane Productions. For the occasion Michael Gordon, TV Packaging Agent for Creative Artists Agency (CAA) has been the moderator of the panel.

Cosima Spender and Valerio Bonelli, respectively director and editor of successful documentaries like “PALIO” and “SANPA – SANPA-Sins of the Savior”, have told about their partnership that lasts since twenty years, exploring the entire development of characters, both for features docs and docu-series.

One of the most eagerly awaited protagonists of the fourth day was Minister of Foreign Affairs Luigi Di Maio, who took the opportunity to emphasize the importance of cinema and audiovisuals, defining it as a sector on the rise with the ability to strengthen Italy’s role in the Eurozone, both from a cultural and economic point of view. Minister Di Maio stressed the importance of MIA‘s role in this growth, defining it as: “an important platform for dialogue between national and international audiovisual realities.”

During his panel “Enzo d’Alò, an unusual animation movie director”, the master of animation Enzo d’Alò went over, together with the audience, all the fundamental moments of his long career: from his debut as a musician to his countless international successes, concluding with an overview of his current work, in particular on how his way of approaching his work has changed and on the challenges he has to face daily, within a world that is increasingly competitive and open to continuous evolution.

The morning continued under the banner of drama with the panel “DRAMA Pitching Forum – Session #2”, in which 7 projects with an international slant were presented, followed by the panel “Drama State of the Art” in which some of the top American television executives discussed how they have adapted to market changes and found new opportunities that have emerged both locally and globally.

The afternoon saw the opening of the meeting with director Sergio Manfio, who focused on the pedagogical premises that have always characterized his activity and the productions of Gruppo Alcuni. Manfio said that he has combined his activity as author and director with the experience of teacher, with the specific intent to investigate the important relationship that exists between communication and education.

The last of the content showcases of this edition was “Italians Doc It Better”, in which the first 5 minutes of 17 Italian documentaries shot last year and not yet distributed were presented, giving producers the opportunity to make their products known internationally.

Finally, in the evening, the long-awaited MIA 2021 Awarding Ceremony took place, during which Lucia Milazzotto and Carlo Bixio presented the winners with their prizes. There were four awards this year: the Lazio Frames Award, the Paramount+ Award, the Screen International Buyers Choice Award and the Nat Geo Award.