MIA 2021: highlights of the second day 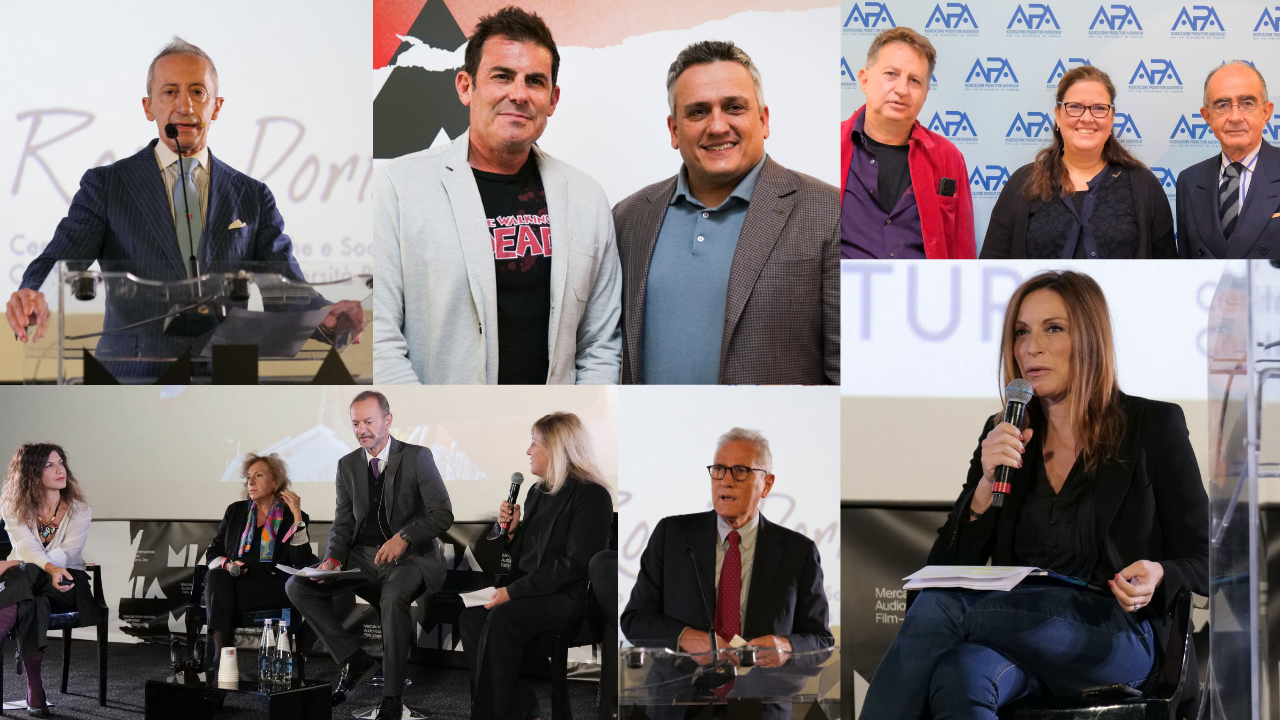 Opening with the talk From Paper to Screen – Making Zerocalcare’s World Real, where Giorgio Scorza of Movimenti Productions and Michele Foschini of Bao Publishing discussed the creation of Zerocalcare‘s new Netflix adventure, “Tear Along the Dotted Line“.

Then, the panel Italy for Movies: Welcome to the Italy of cinema saw the participation of Chiara Sbarigia, President of Cinecittà, Carmen Diotaiuti, Project Manager and Deputy Director of Italy for Movies and Cristina Priarone, President of Italian Film Commissions. They discussed the new project realized by Cinecittà in collaboration with the Italian Film Commissions, focused on a website and app where to find all the funding opportunities for production in Italy and the facilities offered by the Film Commissions.

Study on The Audiovisual Industry Results in The International Markets dedicated to the current position of the Italian audiovisual industry in the international markets, taking into account both the traditional ways in which goods and services are traded and the different forms of consumption of audiovisual contents, from cinemas to digital distribution platforms. Moderated by Roberto Stabile – Head of International Department ANICA and ITA Audiovisual Desks Coordinator, speakers included Lucia Borgonzoni, Undersecretary of State for Culture, MiC, Italian Government; Manlio Di Stefano, Undersecretary of State for Foreign Affairs and International Cooperation, MAECI, Italian Government; Roberto Luongo, Director General ITA, ICE Agenzia and Maria Giuseppina Troccoli (Head of Cinema and Audiovisual Department – DG Cinema of MiBACT).

Also presented was the 3rd APA Report on the Italian Audiovisual industry, wich provided a broad overview of the supply chain, by considering different perspectives: from the value of the production to the data of employment, from the publishing trends to the listening data of free, pay broadcasters and streaming services. The event, moderated by APA President Giancarlo Leone, was attended by Maria Pia Ammirati, Head of Drama RAI; Daniele Cesarano, Head of Drama RTI SpA – Gruppo Mediaset; Eleonora Andreatta, Vice President Original Series Italy Netflix.

The first session of the Film Pitching Forum opened with feature film projects, from 8 countries, with a strong potential for co-production or co-financing at different stages of development.

Interviewed by Sean Furst (President of Film and TV, Skybound Entertainment) special guest Joe Russo. Co-Chairman of AGBO and director of numerous films in the Marvel universe. The Russos are Hollywood’s most successful brothers, with record-breaking films such as the quartet of films made for the Marvel Cinematic Universe Captain America: The Winter Soldier (2014), Captain America: Civil War (2016), Avengers: Infinity War (2018) and Avengers: Endgame (2019). 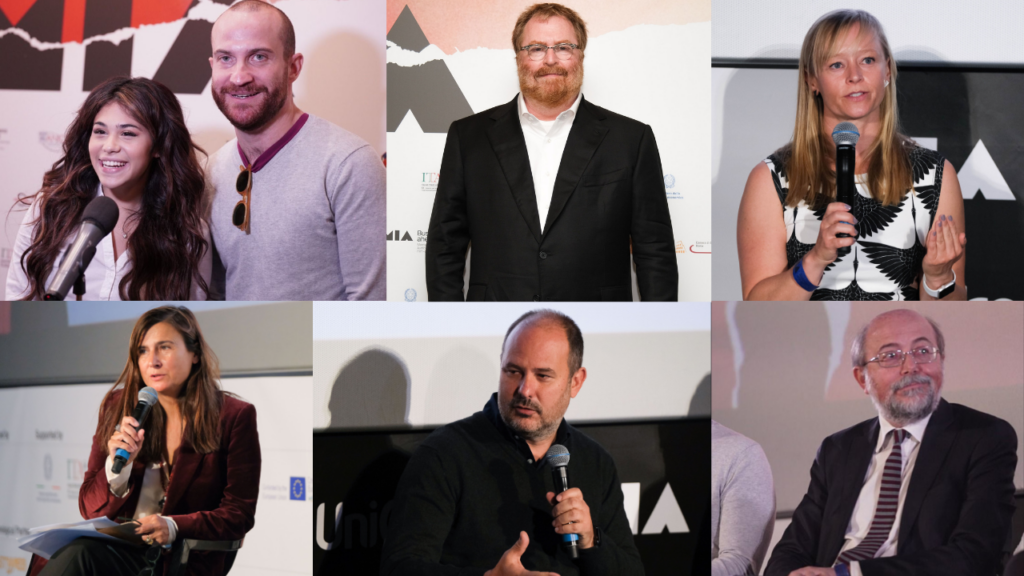 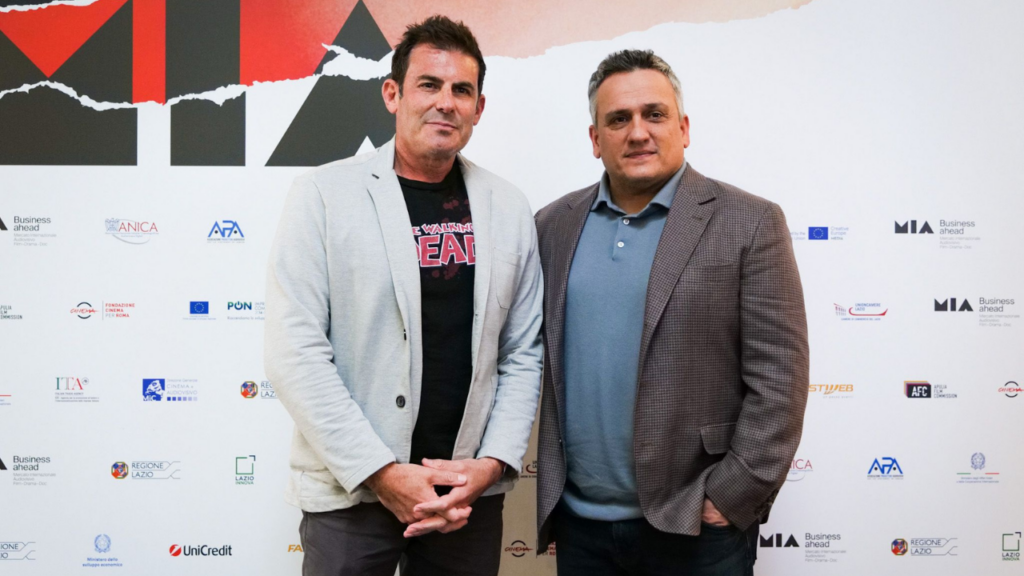 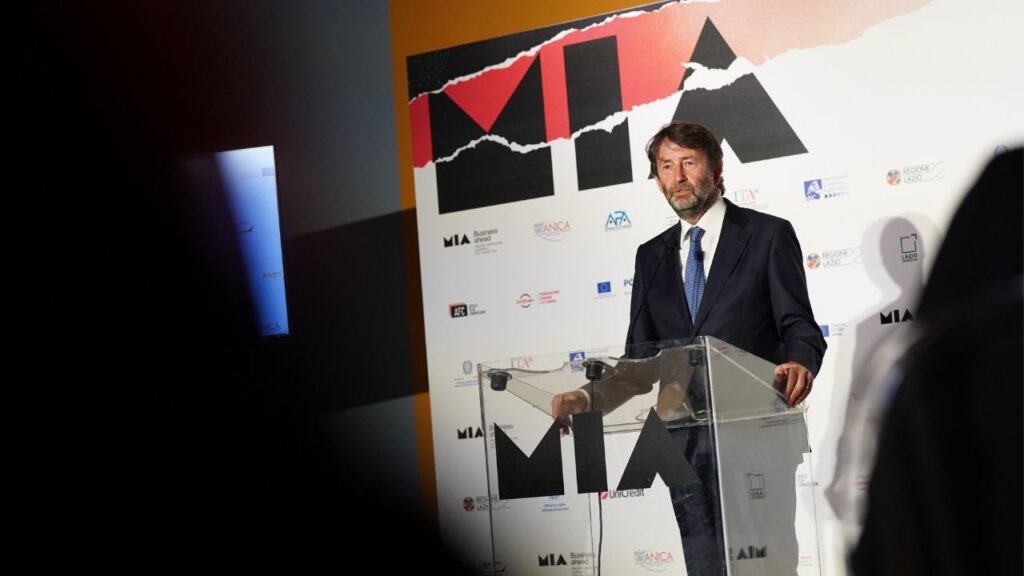