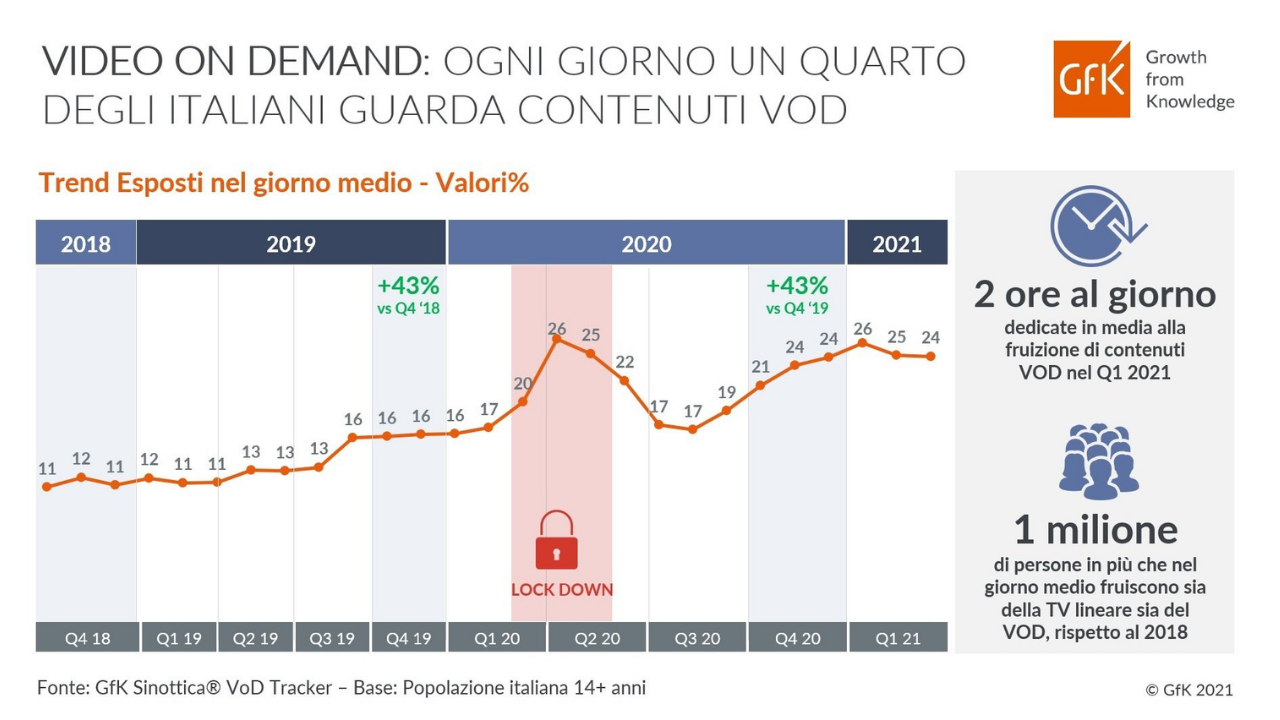 The use of OTT (Over-The-Top) platforms has grown exponentially. This is revealed by the single source survey carried out by GfK Sinottica® on the Italian territory in the period 2018 – 2021. Here are the details.

Italian audiovisual consumption is increasingly directed to VOD (Video-On-Demand) contents. Awareness and use of OTT platforms has in fact exploded during the period of the first lockdown.

Due to the health emergency, in April 2020 more than a quarter of the population (26%) over 14 years old was using OTT and its content. This trend has not seen a decline since: apart from a brief summer decline, it continued to rise in the last quarter of 2020 and in the current year. By January 2021, the figure had returned to April level and remained until March, thus confirming that it was destined to last beyond the lockdown.

Another trend in 2020 was the increase in cross-media exposure. In addition to VOD, Digital and Linear TV also saw an increase in the amount of time devoted to them during the day, which grew by 50 minutes compared to 2019.

In 2020, there will ultimately be an increasing coexistence of the two media. More users made daily use of both On-Demand and linear content, a good 1 million more than in the last quarter of 2018.