There are more and more productions in Italy that require tax credit, only from 2013 to date almost 1.2 billion resources have been distributed.

Among the films that have facilitated tax credit also the big productions such as No time to die, the last 007 shot in Matera and in some places of Gravina in the Apulia region. Tax credit is thus confirmed as a very important tool for the industry, an instrument that in the coming days could undergo a restyling through a Ministry regulation.

According to Il Sole 24 Ore, “Given the increase in applications and the difficulty of the ceiling to fulfill all wishes, despite the increase in resources, the Mibact (Italian Ministry of Cultural Heritage and Activities and Tourism) is planning to reduce the tax base on which to calculate the tax credit, limiting eligible expenses and inserting ceilings per work. A choice that could reduce the total amount of tax credit actually due for each production”. Among the new features, there could also be the introduction of the video clip, as previously announced by Minister Dario Franceschini. 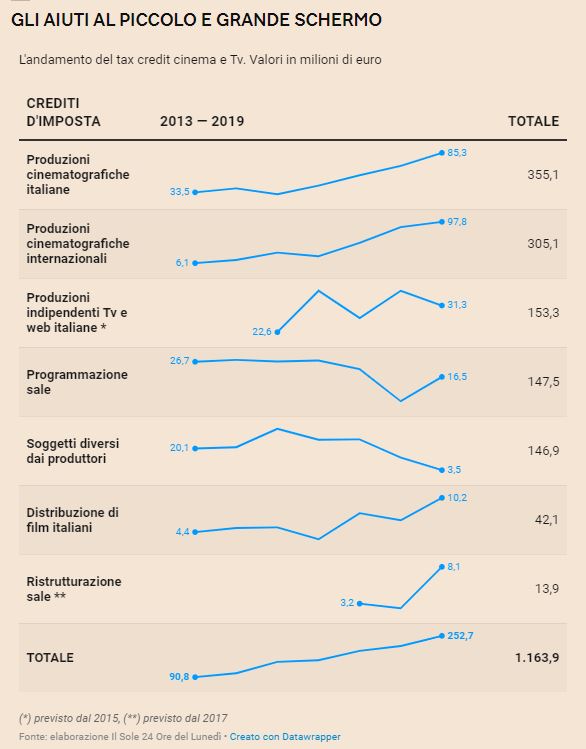