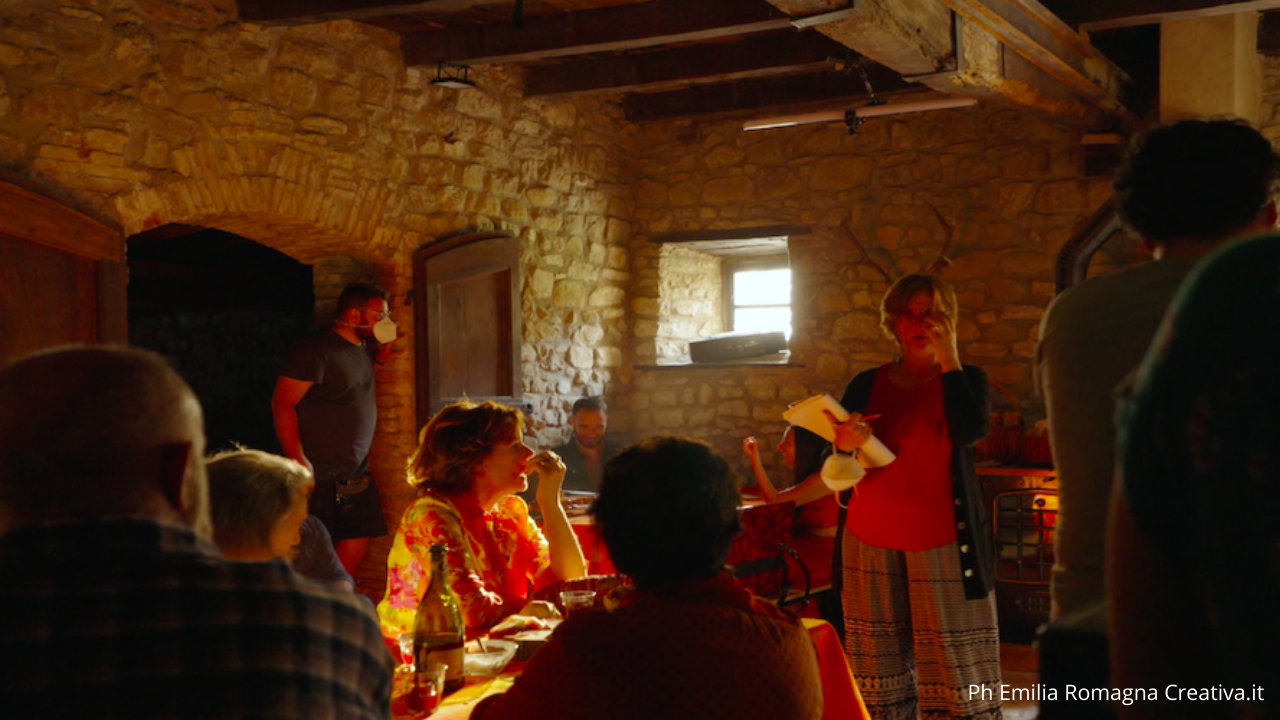 The project consists of a series of specials made available on Emilia-Romagna Creativa website, dedicated to locations used for the production of cinematographic works.
This initiative stems from the fact that more and more private individuals are discovering the possibility of using their properties as locations for possible film works.

First protagonist of this initiative is the ancient and prestigious borgo of Maillo, in the Reggio Emilia Apennines. The place is owned by the Biagini family, who decided to make it available for the production of the film Evelyne tra le nuvole, directed by Anna Di Francisca. The film is produced by Orange Media, in co-production with La Mansarde and made with the support of the Regional Audiovisual Fund. A video delves into the experience of offering a location for such a project, through the words of the two owners and producer Andrea Maffini.

For Luigi and Elio Biagini

It was a novelty and a way of making our beautiful village known, which we don’t want to close but to make known to people, and it was an opportunity that we didn’t miss but seized.

According to Andrea Maffini, also referring to the excellent synergy created with the territory and the Emilia-Romagna Film Commission:

Working in synergy with the territory is fundamental, for logistical and artistic reasons. A production without the concrete support of the territory does not make a good film.