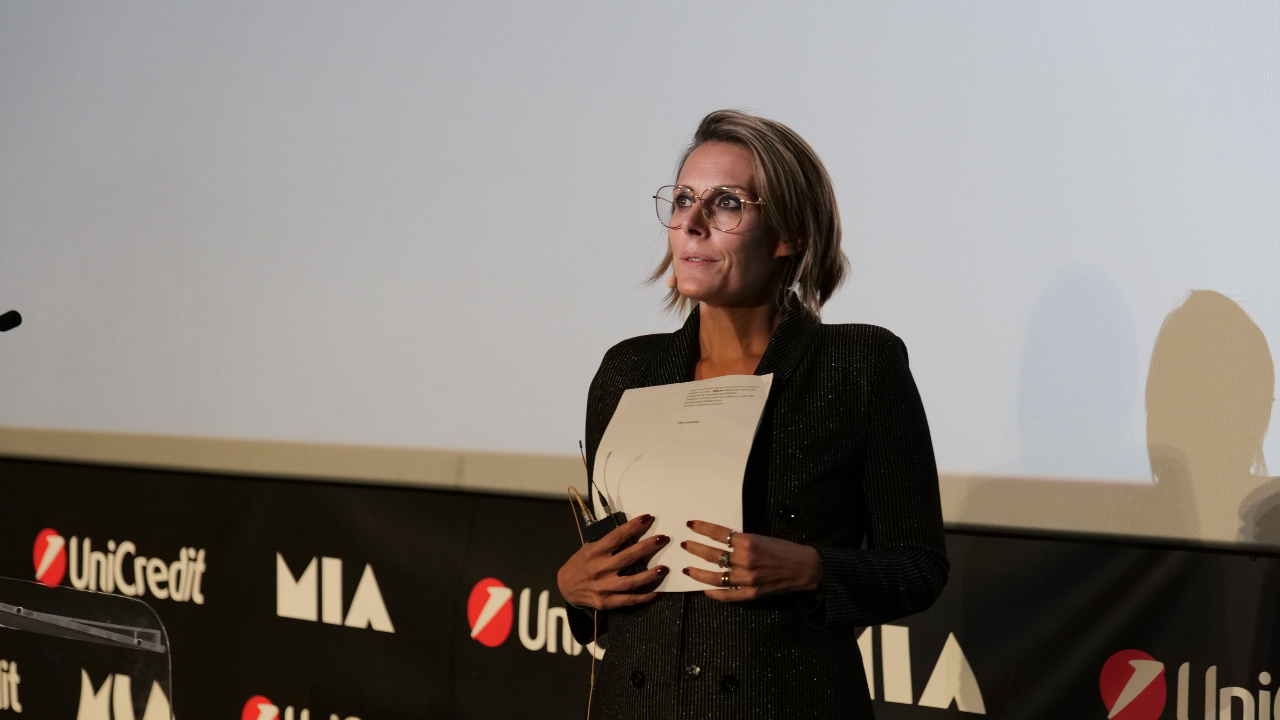 The seventh edition of MIA ends with the awards ceremony held in Rome from 13 to 17 October 2021, in the setting of Palazzo Barberini, Cinema Moderno and Cinema Quattro Fontane and online on the platform MIA Digital.

The intervention of the MIA for the development of independent projects has also been made possible thanks to consolidated collaborations with various institutional and industrial interlocutors, in order to promote the audiovisual market. In this context the three-year partnership with WarnerMedia, which announced with Marco Berardi (CEO Boing SpA and VP Head of Advertising WarnerMedia Italy, Spain and Portugal) new initiatives for 2022.

Also this year, the Lazio Region has awarded the LAZIO FRAMES AWARD to the work that most enhances the territory of the Region, present in the sections of MIA What’s Next Italy, GREENlit and Italians Doc It Better, whose content, production impact and involvement of local resources highlight the talents and locations of the land, representing the production potential of Lazio. The Prize was awarded by the President of Lazio Innova Nicola Tasco to Marina Cicogna for “THE PRODUCER“, directed by Andrea Bettinetti and produced by Riccardo Biadene for Kama Productions.

The award was won ex aequo by:

“COVERDALE” by Paula Alvarez Vaccaro, Aaron Brookner and produced by Pinball London received a special mention for the following reason: “Funny and fresh dark comedy that explores the destruction of all kinds of fundamentalism with sarcasm and witty cynicism.”

For the fourth consecutive year, National Geographic returns to sponsor the prestigious NAT GEO Award for Best Pitch in MIA’s Unscripted Division. The winner of the project is “ODYSSEY: BEHIND THE MYTH” by Massimo Brega, produced by Camilla Tartaglione for KEPACH PRODUCTION.  Paola Acquaviva, Programming sr. Manager Factual for National Geographic, presented the award to director Massimo Brega and producer Camilla Tartaglione.

The titles in the C EU SOON category competed for the SCREEN INTERNATIONAL BUYERS’ CHOICE AWARD, an award characterized by special press coverage that the prestigious British publication will dedicate to the winning film throughout its life cycle, from production to theatrical release and future festival debut. The winner of the title is “SISTERS” by Linda Olte, produced by Fenixfilm and Albolina. The award was presented by journalist Melanie Goodfellow (Screen International).

MIA 2021 once again hosted the PREMIO CARLO BIXIO promoted by APA, RTI and RAI, realized under the patronage of SIAE and with the support of the Cordusio banking company, and awarded the Medal of the President of the Republic. The Carlo Bixio Award is addressed to young people under 30 for serial projects without limits of genre, which respect the values of novelty, originality, creativity and internationalization.

Below are the winning works:

The Cordusio Society awarded a thousand euros and the “CORDUSIO per i Giovani” plaque to the project “CONIGLI NERI” by Domenico Davide Angiuli.