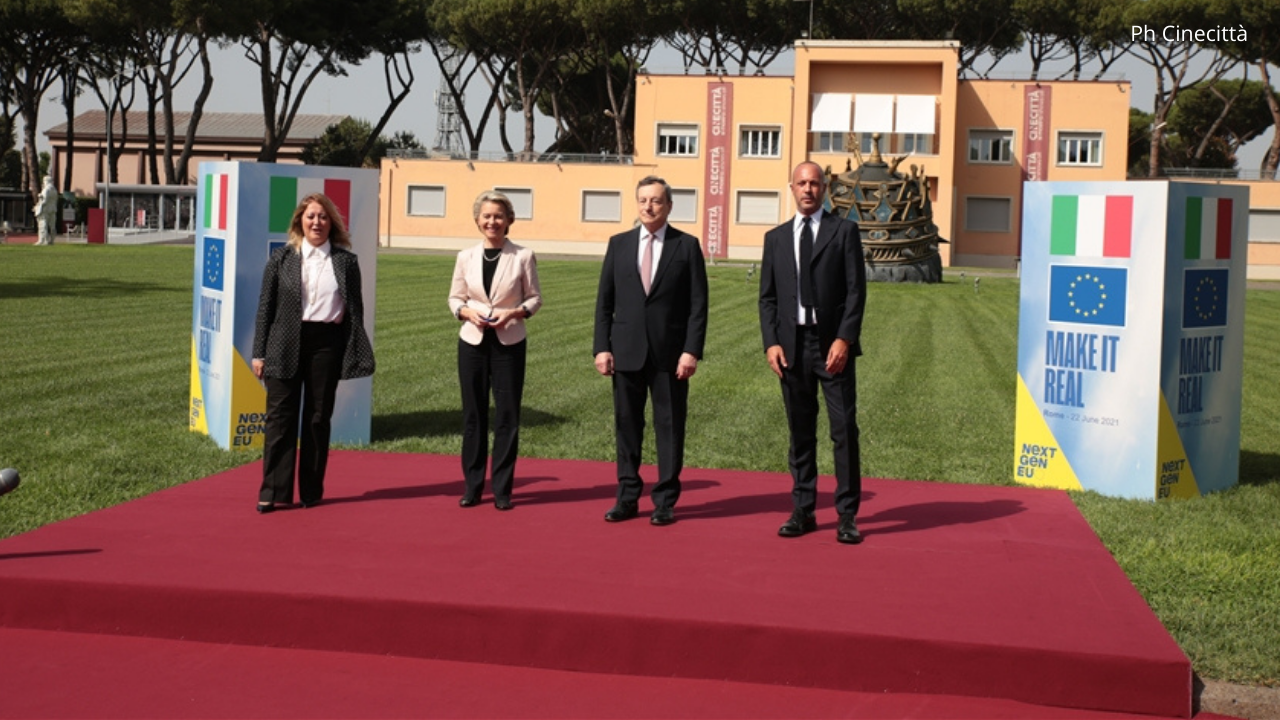 On June 22, the delegation led by Mario Draghi and Ursula von Der Leyen arrived at Cinecittà for a meeting regarding the Recovery Plan. They were welcomed by the President Chiara Sbarigia and the CEO of Istituto Luce-Cinecittà Nicola Maccanico.

During the visit, the President of the Council of Ministers and the President of the European Commission spoke with the heads of Istituto Luce-Cinecittà. The motivation regards the ‘Cinecittà plan’ of the Minister of Culture Dario Franceschini, among the points of the Italian Recovery Plan regarding the cultural industry.

These then are the key points illustrated to Draghi and Von der Leyen regarding the relaunch project for the studios:
Physical and technological expansion of the site, with the construction of new studios and large outdoor sets, and the total adaptation of systems and machinery for production and post-production to so achieve maximum competitiveness at international level; acceleration on the plans of climate sustainability and green economy mechanisms in the production of films, TV series, broadcasts and all audiovisuals; digitization of the immense film, photographic, scenic and artistic heritage wich is contained in Cinecittà, a world wealth; professional training and the strengthening of employment for young people, thanks to the transmission of the trades of the cinema, which at Cinecittà see professionalism and workers among the most recognized in the world.
The objective of these interventions is therefore to make Cinecittà more performing and attractive, to catalyze the attention of international productions in their entirety.

As a result, new markets, American and European players would then be stakeholders of a business model that would bring new life to the historic studios.