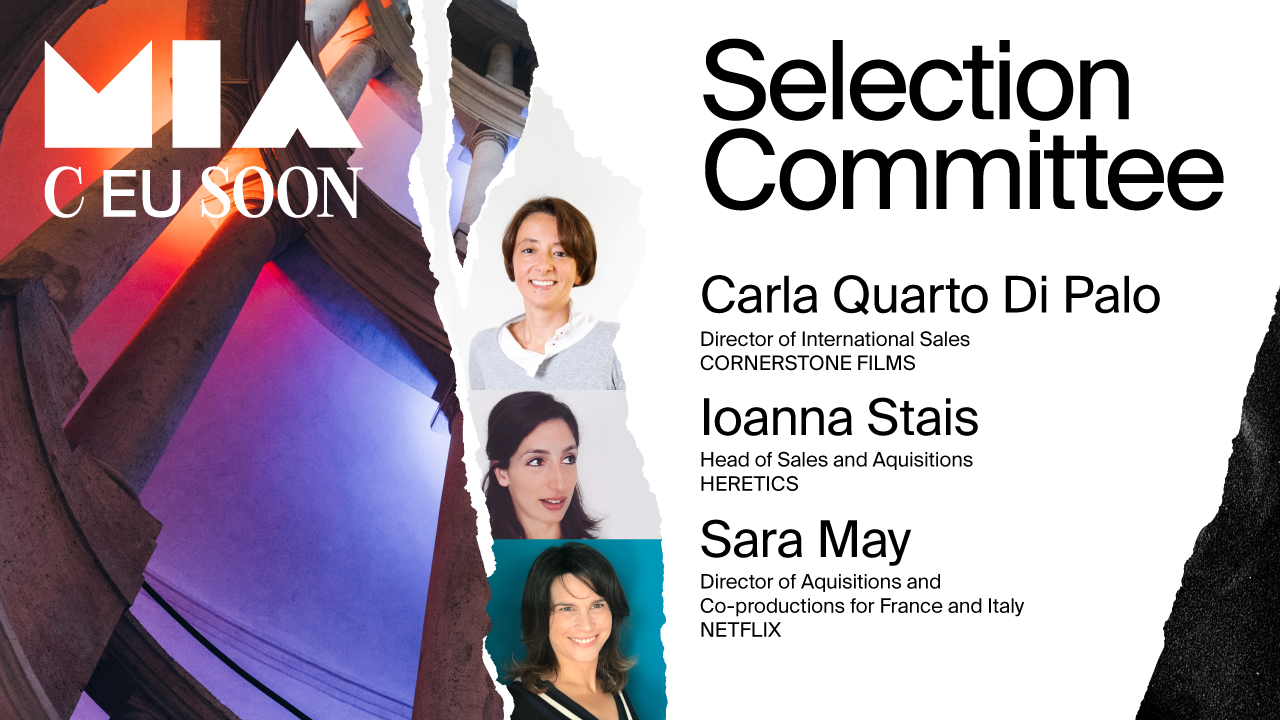 We are beyond thrilled to announce the members of the selection committee of C EU Soon 2021:

Sara May, Director of Acquisitions and Co-productions for France and Italy at Netflix, Carla Quarto di Palo, Director of International Sales at Cornerstone Films, and Ioanna Stais, Head of Sales and Acquisitions, at Heretic.

Kudos and our best wishes for a great job to these three experienced film professionals, who will help us in shaping the next C EU Soon edition!

C EU Soon Final Selection will be unveiled in September. The selected films in progress will be presented before an audience of distributors, sales agents and festival programmers, who will then have the chance to vote for the most promising title. Screen International will present the Screen International Buyers’ choice Award to the winner, consisting in a special press coverage throughout its life cycle, from production to its release and future debut in the film festival circuit.