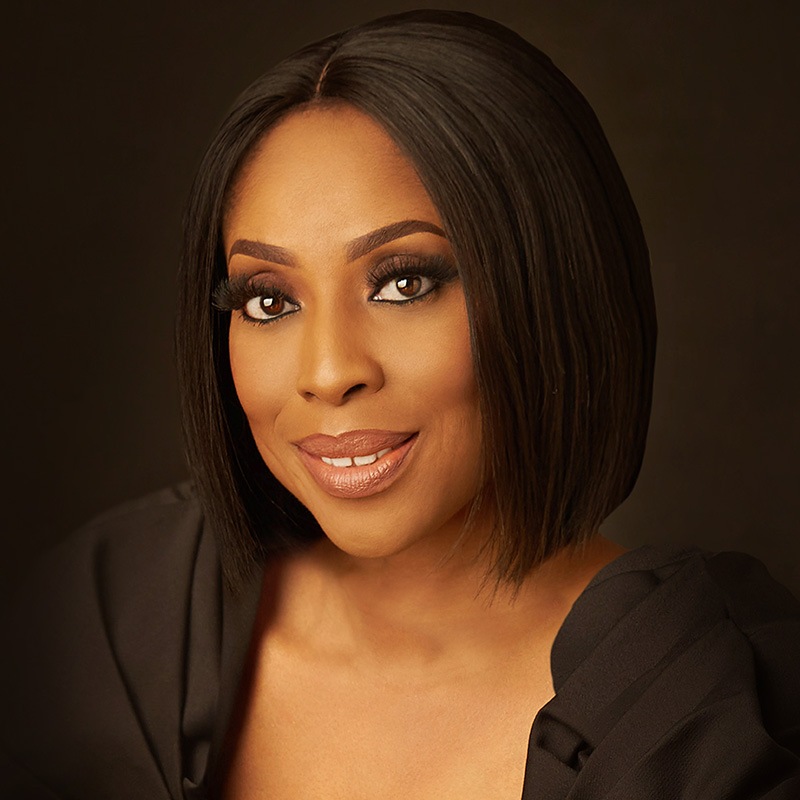 Mo Abudu launched EbonyLife TV, Africa’s first global black entertainment and lifestyle network, in 2013. Her primary goal for the channel was to create a more positive narrative around Africa. Described by Forbes as “Africa’s Most Successful Woman”, Abudu oversees all the divisions of the EbonyLife Group which include EbonyLife TV, EbonyLife Films, EbonyLife Studios, EbonyLife Creative Academy and EbonyLife Place, Nigeria’s first luxury entertainment resort.
She has produced several successful blockbusters, such as Fifty, The Wedding Party, Chief Daddy, The Royal Hibiscus Hotel and Your Excellency. She executive produced Òlòtūré, a Netflix Original feature film that exposes the shady business of human trafficking in Nigeria.
EbonyLife Media has obtained several production collaborations with international studios, including Sony, AMC Networks (USA), Netflix and Will and Jada Smith’s Westbrook Studios. The EbonyLife Group recently launched the EbonyLife Creative Academy in partnership with the Lagos State Government, the 5th largest economy in Africa.
Abudu is highly recognised for her knowledge of the African and global creative industry. She has spoken at the Wharton School of Business, Cambridge University Judge School of Business, NYU, Oxford University and Harvard University. Throughout the years, Abudu has received numerous awards and international recognitions.
Abudu has been invited to join the Academy of Motion Picture Arts and Sciences, in the producers’ division: the only African woman selected for this category.