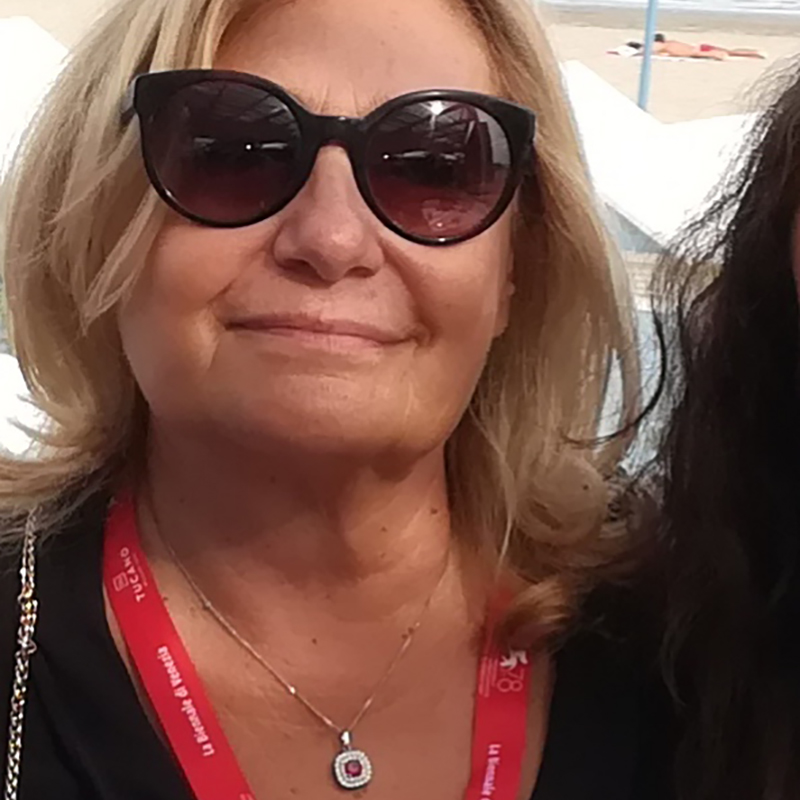 NO.MAD is an independent company that deals with the distribution of Italian and international quality films, documentaries and TV series, ranging from sophisticated comedy to strong and topical themes.

She graduated in Architecture and specialized in Scenography, she had numerous experiences both in theaters and on film set, covering the role of scenography assistant and then, scenographer. At the same time, she dedicated herself to the dissemination of environmental ideas by creating and directing the International Film Festival “CINEMA Ambiente Avventura” with the patronage of the Presidency of the Council of Ministers, the Ministry of the Environment, with the support of the Department of Culture and Lazio Region. Then, she moved on to the world of distribution and film production as a free-lance consultant in acquisitions and sales for different Italian production and distribution companies. Once she consolidated her experience in this sector, she founded a distribution and production company, currently holding the role of Head of Distribution and Purchasing for a new company NO.MAD Entertainment. Since 2010, she has been seeking new talents and supporting original ideas while maintaining a privileged relationship with French and European cinema, paying particular attention to the most interesting filmmakers of our time and to young authors first works, many of which have won prestigious nominations and prizes in major international festivals. Her passion for independent auteur cinema enjoyed in the Cinema Hall and raising awareness of new generations about this type of cinema is her main mission.
WINNINGS CARDS: Organization and business sense, high sense of responsibility, autonomy, good relations with collaborators, lover of painting and sculpture, of music and art in general