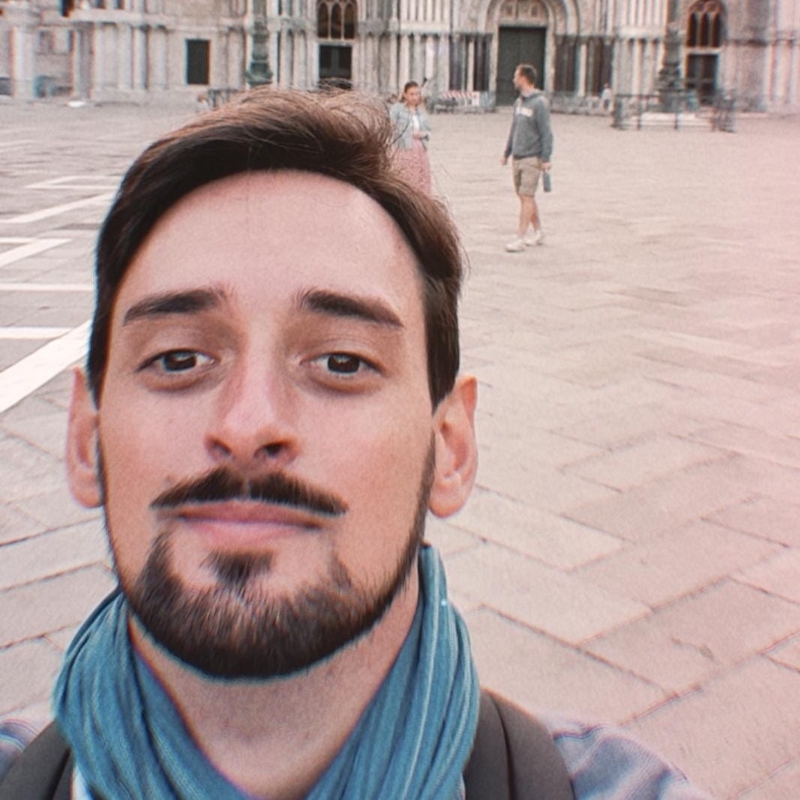 Leonardo Malaguti was born in Bologna in 1993. His first novel Dopo il diluvio was finalist at the Neri Pozza Literary Prize, it has been published in 2018 by Exòrma Edizioni and it was later selected to compete in the LXIII Edition of Premio Strega. His short story La Passione di Kreg was published in Issue #83 of the magazine Nuovi Argomenti (Mondadori), while his other short story La persona nell’angolo was publish on the online magazine Colla in June 2020. He studies screenwriting at Centro Sperimentale di Cinematografia in Rome. Together with Luca Murri Fabiano, he won the Claudio Nobis Prize 2021 for best screenplay for the short film Pizza Panic.