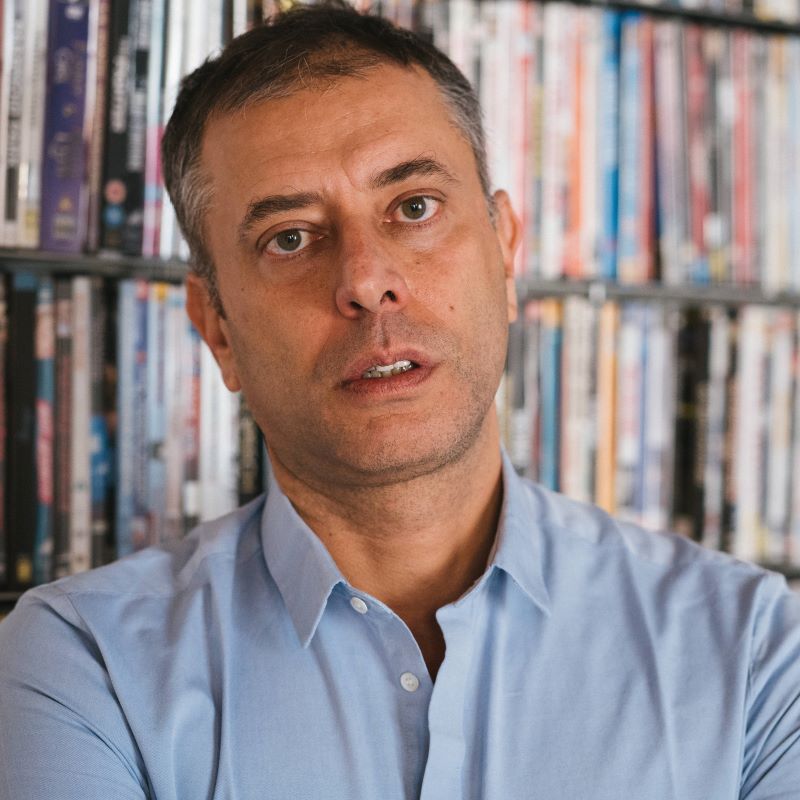 Ivan Cotroneo (Naples, 1968), graduated in screenwriting at the Centro Sperimentale di Cinematografia in 1992, after dropping out of law school. His first steps as a screenwriter were with director Pappi Corsicato, for whom he wrote the episode La stirpe di Iana included in the collective film I Vesuviani and the screenplay for the feature film Chimera. He has written film scripts for Ferzan Özpetek, Maria Sole Tognazzi, Luca Guadagnino, Renato De Maria, Riccardo Milani, and has written several television dramas, including the series “Tutti pazzi per amore”, Una grande famiglia and È arrivata la felicità. He has written television programmes such as L’Ottavo nano, B.R.A. and Parla con me. A successful writer, he has published with Bompiani, among others, the novels “Il re del mondo”, “Cronaca di un disamore” and “La kryptonite nella borsa”, from which he made his debut film as a director, presented in competition at the sixth edition of the International Rome Film Festival. He also directed the web and TV series Una mamma imperfetta, produced by Indigo Film with 21, a company he founded in 2011. Among his various activities, he has translated in Italian the works of Hanif Kureishi and Michael Cunningham.