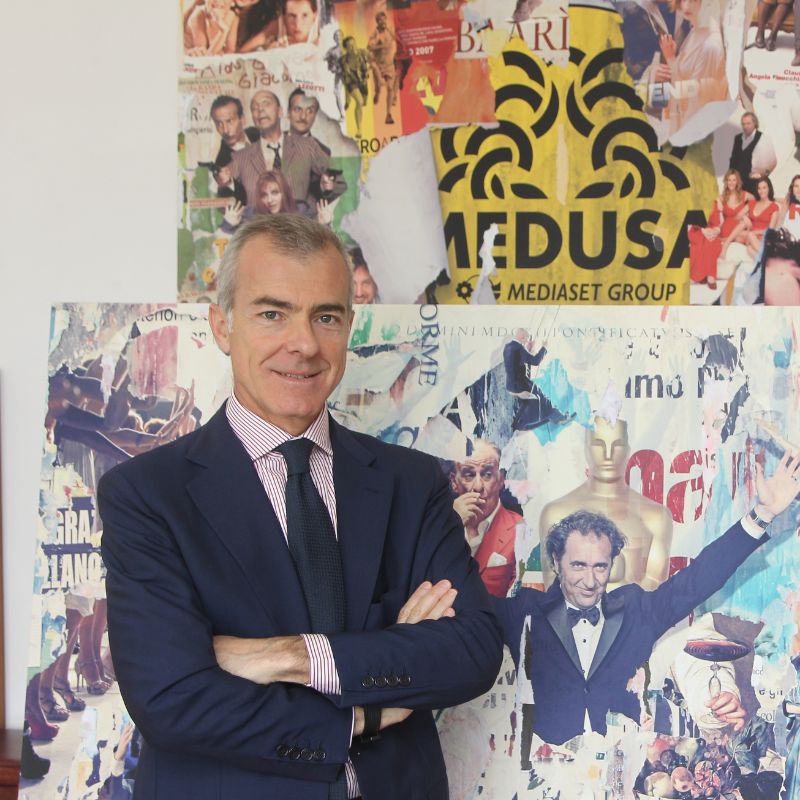 Under his leadership the company distributed many international blockbusters like The Crow, Runaway bride, What women want, The departed, Intouchable, The Lord of the Rings Trilogy, Match Point, Midnight in Paris, some Italian and US films by Gabriele Muccino (as The Pursuit of Happiness); it produced and distributed some movies of the Academy Award winner Giuseppe Tornatore (The Unknown Woman and Baaria and before The Legend of 1900 and Malèna).

He distributed many Italian blockbusters in the last ten years such as all the films with Checco Zalone, the phenomenon in the history of the Italian box office, almost all the movies by Paolo Sorrentino as This must be the place, The Great Beauty (Academy Award for Best International Feature Film in 2014) and Youth, all the movies by Paolo Genovese as the successful Perfect Strangers which was highly awarded all over the world, all the movies by and with Ficarra & Picone as the Christmas blockbuster Once Upon a Time in Bethlehem (2019), all the movies by the comic trio Aldo, Giovanni e Giacomo as the last film I Hate Summer (2020). Moreover, he produced and distributed the last film of Mario Martone, Nostalgia, in competition at the Festival de Cannes 2022.

Since 2010 he is the Jury President of Festival del Cinema Nuovo, the first international festival for films created and interpreted by disabled people.

Since 2022 he is the President of Fondazione Italia per il Dono, the first organization in Italy for philanthropic intermediation.