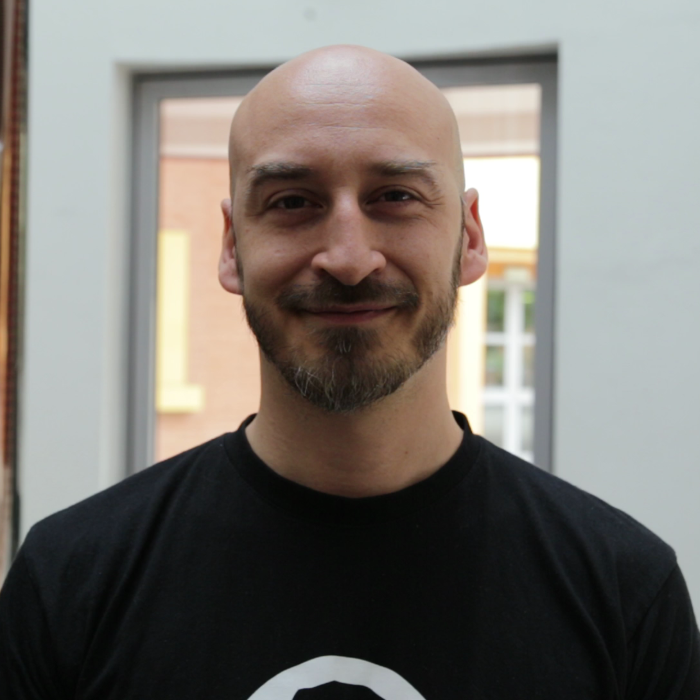 Gerardo Verna was born in Fano (PU) in 1981. After graduating in Computer Engineering at the University of Bologna, he began working in the Game Development industry, initially developing applications for educational purposes.
In 2009 he deals with programming, technical direction and production direction of the fair trade seriuos game “The Invisible Hand” of which he also develops the 3D engine.
Between 2012 and 2013 he works as a programmer on the two chapters of Nicolas Eymerich’s video game, the first video game in Latin inspired by the novels of Valerio Evangelisti.
In 2014 he works at the company TiconBlu developing a series of audiogames for the blind and visually impaired.
In November 2016 he undertook a crowdfunding campaign on the Kickstarter platform in collaboration with Bud Spencer Official to finance the first official video game of Bud Spencer and Terence Hill.
Following the success of the Kickstarter campaign, in January 2017, he founded the company Trinity Team srl, whose first title, Bud Spencer & Terence Hill – Slaps And Beans, was published in December 2017 on PC and in 2018 on consoles.
In 2019, as Trinity Team, he was awarded with a Drago d’Oro at the Italian Video Game Awards in the cathegory “Best Italian Debut Game” with the video game “Bud Spencer & Terence Hill – Slaps And Beans”.
He is currently working on the production of new independent video games with the company Trinity Team, of which he also covers the role of CEO.