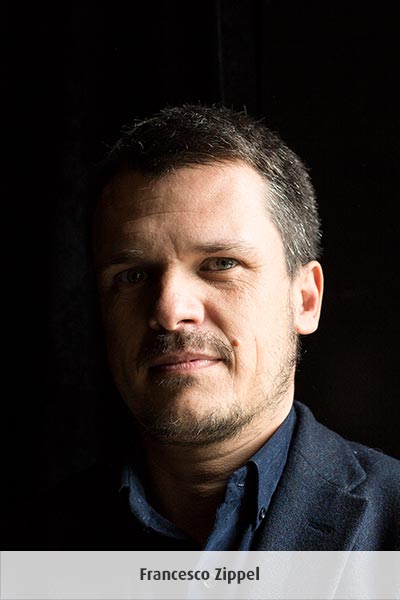 Producer and filmmaker, active in the field since 2003, Francesco Zippel has produced many shows for the Italian Public Broadcasting Service, Rai, and also for International networks such as NBC Universal, Fox, CBS, Sky and has written about film and tv for the Italian Encyclopedia.
He’s also been working for directors as Wes Anderson with whom he has served as casting director on the short film Castello Cavalcanti and documentarian and second unit filmmaker on the feature film The Grand Budapest Hotel and William Friedkin with whom he’s been line producer on the feature documentary The Devil and Father Amorth. He has directed and produced many documentaries focusing on areas like film, literature, history, cultural heritage. His documentary Friedkin Uncut has been selected in competition at the 2018 Venice Film Festival, has won the Nastro d’Argento as best documentary on film of the year and has been finalist at David di Donatello, other than been released worldwide. In 2020 has directed and produced Fantastic Mr Fellini – Interview with Wes Anderson, an homage to Federico Fellini on the 100th anniversary of his birthday produced for Sky Arts.
He’s on the board of the Rome Film Festival and Accademia Nazionale d’Arte Drammatica, the Italian Theatre School.
He has a film company, Quoiat Films, specialized on documentaries and docu-series.