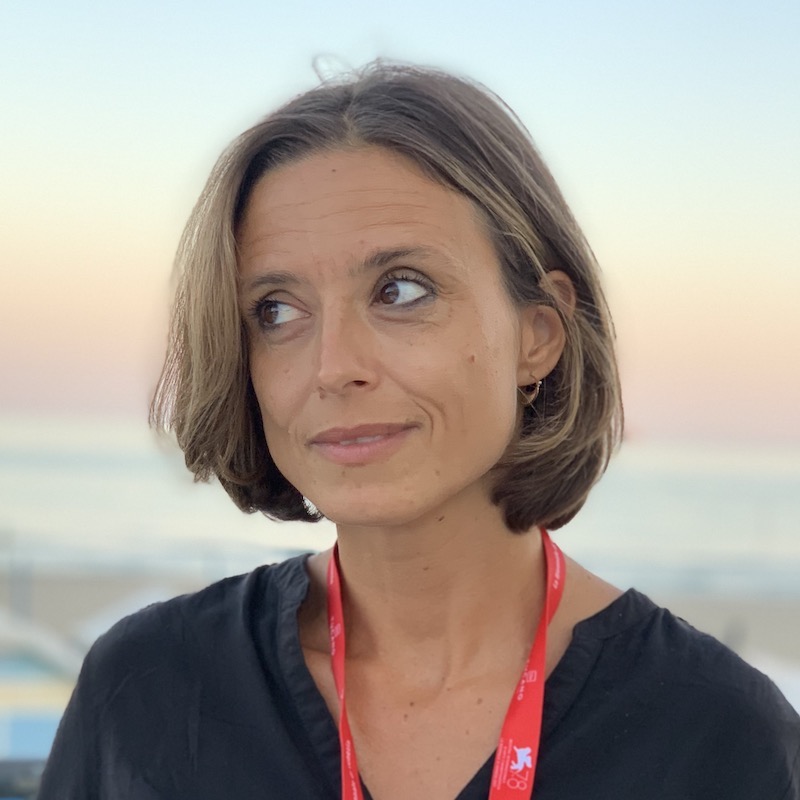 Critic and journalist, Emanuela Genovese is the editorial manager of Son of a Pitch, a brand of the Save The Cut agency created to promote the artistic work of young directors.
She has a “Caffè corto” column on Best Movie dedicated to short films and for two years she wrote a cinema column dedicated to young people on La rivista del cinematografo. From 2002 to 2012 he worked exclusively for Box Office, Italian Cinema and Best Movie.
He has edited the communication of documentaries, films and installations, such as L’ultimo degli ingiusti by Claude Lanzmann, Vergine giurata by Laura Bispuri and Alberi by Michelangelo Frammartino. Consultant of International Pictures Italia for the launch, in 2019, of Noah by Darren Aronofsky and Mary Magdalene by Garth Davis, he created Belle Speranze, a photographic exhibition on Italian cinema and young people, exhibited at the Pelanda (Ex Macro Testaccio) for the Fondazione Ente dello Spettacolo. He conceived a project for a television series Insieme a te non ci sto più together with Francesca Lancini for IBC Movie.