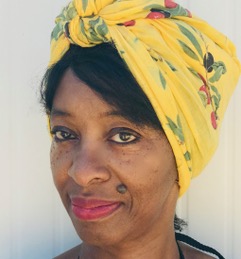 Bunmi Akintonwa heads international production and distribution company the little black book co.
Bunmi began her 25+ year media career as a freelance journalist and lifestyle editor for UK’s black newspaper, The Voice. She moved into TV as a writer, researcher and presenter for the UK’s C4 and ITV youth programmes and quickly progressed to producer. She has worked across multiple genres for productions in the UK, Italy, France, US, Sweden and Finland. Now back in the UK, she is currently developing scripted and unscripted projects backed by ImpactX. Bunmi has also held various broadcaster roles as VP, Acquisitions, for Rome based multi-channel Orbit TV (OSN) she acquired studio and independent content, before moving to Head of Western Programming channels for ART.
A founder member of pressure group, Diversify TV, dedicated to championing and promoting diversity in all its forms across the international television industry, she is also a judge and organiser of the annual Diversify TV Excellence Awards, and sits on the MIPMarkets Diversity and Inclusion Advisory Board. Bunmi is currently developing a slate of scripted and unscripted projects with inclusive themes, backed by Impact X .
Along with her Diversify TV founder partners, she is also working on an accessible database of international executives and talent.