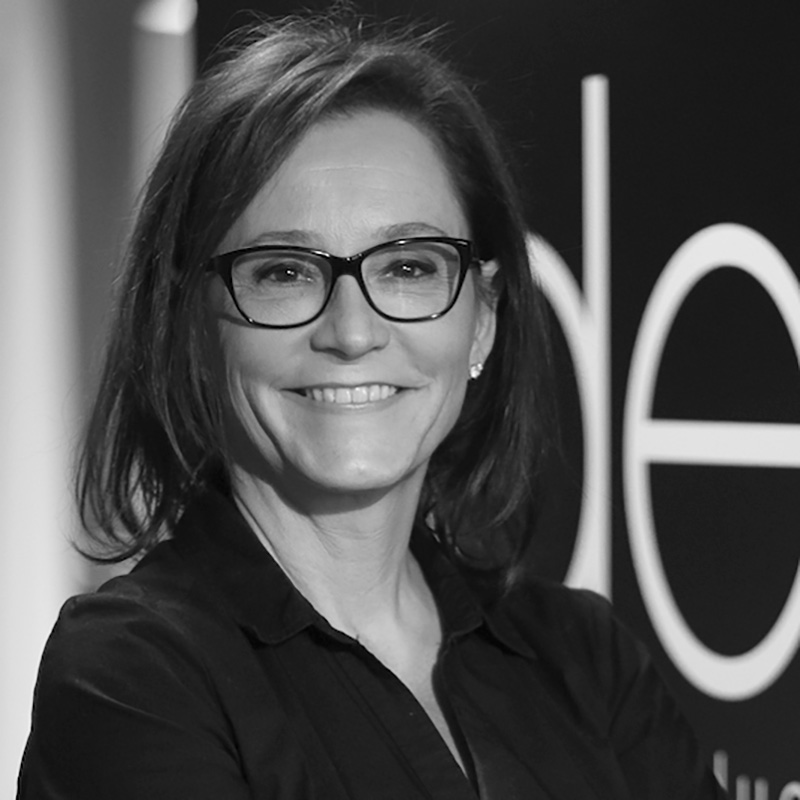 Alexandra Hoesdorff is the co-founder and CEO of Deal Productions.

She brings over twenty years of experience in physical production in the U.S. and Europe and is expert in the intricacies of co-production arrangements and film financing.
Alexandra’s recent projects as producer include High Fantasy (Amazon), TIFF 2017 and selected for Berlinale and Rotterdam 2018, and Flatland (The Match Factory), Panorama Opening Berlinale 2019 and TIFF 2019, both by award-winning South African director Jenna Bass; Girls with Balls by Olivier Alfonso (Netflix); the Isabelle Huppert and Pink Martini Souvenir, world sales handled by Pathé International; Sawah by Adolf El Assal, released on Netflix in May 2020 and on Amazon in 2021.
In January 2021 Alexandra has finished the shooting and is currently in post-production with the feature film Lemon and Poppy Seed Cake by award-winning director Benito Zambrano (Filmax). She is in pre-production with several projects, including Poison by Désirée Nosbusch; Saving Mozart by Academy Award nominated and Golden Globe winning director Gérard Corbiau; Like Sugar by award-winning director Heidi Greensmith.
She is Vice-President of the Board of ULPA – Luxembourg Film Producers Association, and President of the Board of Feature Films.
She is an Alumni of EAVE 2013, Inside Pictures 2017, ACE29 2019, ACE Series 2020 and she was awarded 2019 Creative Europe Media Slate Funding. She is a member of the European Film Academy and the European Producers Club.